Once upon a time, not so very long ago, the young brave bears of the pack decided to venture forth upon a quest. They were to explore a deep and dangerous chasm in a far and distant land.

After many trials and tribulations all the bears met and established a camp near to the grotto for they were sure that their adventure would take them many days to accomplish. Not long after, one particular group of bears, Digger, Flash, Spaceman, Speedy and Tiny set forth to take supplies into the cavern, for indeed the bears' enterprise was so great that they would surely need to camp underground.

Now it happened that the chasm was located in the middle of a large and enchanted forest and, there being no guide available for them, the young brave bears decided to press on right into the heart of the wood. Many hours later, when they had all but given up hope of ever finding the entrance, there right before them lay the dark abyss.

Without further ado the young bears, sensing that their quest was nearing its zenith, rushed into the darkness. What they sought no one quite knew, but great it must be for tales of this hole had been told by the older bears at home. The bears went deeper and deeper into the very bowels of the earth. There were deep holes to descend and even a lake to be crossed but nothing would stop the bears, for they were on a mission.

Time passed and the bears, although by now very tired, were delighted for they had reached the campsite where they were at last able to unload their heavy packs. As a bonus, not far from the campsite the cave became extraordinarily pretty. Without a second thought Flash set to work. With the other bears acting as willing helpers he soon illuminated the vast chamber and took pictures of the wondrous sights. Perhaps this was the objective of their quest? Perhaps, but then again the mighty passage went still further down with no sign of ever ending, so the truth might still be found further in! By now the bears realised that any further explorations would have to wait for another day, so they returned to the campsite to have a meal before making their way back to the surface.

The way back was indeed long, the bears were very tired and everything was uphill. They realised that they had a big task ahead of them. Progress slowed but the bears were stout at heart and they were indeed sure of themselves. Hours later, not without some relief the bears emerged from the cavern, only to discover that the darkness didn't stop there for night had long since fallen.

The bears were in a quandary; they were exhausted and hungry and in the darkness all the paths looked alike. What were they to do? Spaceman, who was used to journeying to the stars and back (even if only in his mind), said 'Follow me' and so without further ado they set off once more, into the forest. After several false trails the bears couldn't decided which way to go. Digger felt that his choice must be correct but the others were sure that they should go the other way. At that point they separated each thinking that they would return to camp, a meal and bed all the sooner.

Hours later the group of four bears were still in the forest! They were not so much lost as misplaced for they were certain that they were nearly out of the forest, but not quite. While Spaceman and Tiny set off for one final search of the path, Flash and Speedy decided to light a fire, for the night was by now very cold and might yet turn to rain. Very soon a bright and cheerful fire was blazing and their spirits were restored. 'Twas a lucky thing that they decided to light the fire for Digger too was still in that dreadful thicket. The fire became his homing beacon and before long the chums were reunited. Shortly after, Spacemen and Tiny returned with good news, they had at last found the trail.

All five bears once again got to their feet and with the greatest of wills set off once more. Just as they emerged from the dense forest the dawn began to break, and the birds began to sing. Not long after they spied their camp and now all thoughts of tiredness left them for soon they would be back with their friends and truly they had a great tale to tell. But let's not forget bears are bears and so first things first, before the tale could be told there had to be a teddy bears' picnic. 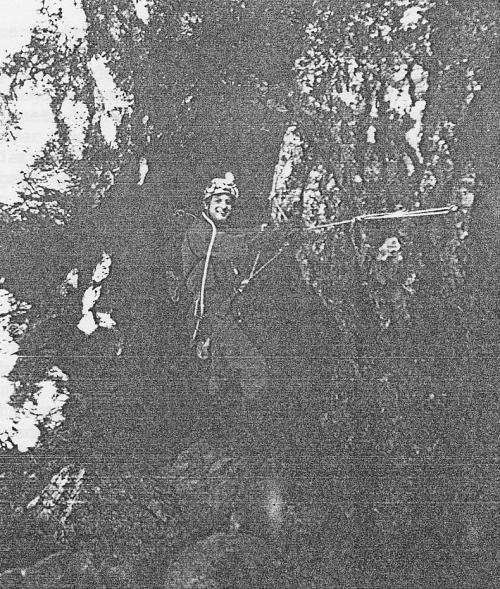 Hall of the Thirteen. Photos by Flash. 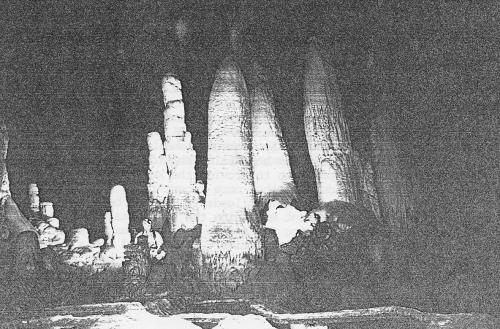