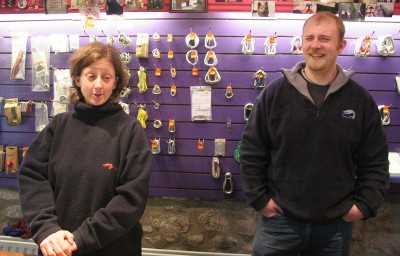 As most of you will know the Dragon caving shop in Abercrave has now closed and the proprietors have either retired or m
oved on to pastures new. I have always thought that selling gear to cavers and making a living out of it was a fraught prospect - after all many of us started caving at university as it was a low cost activity (apart from the beer drinking).

At one time an essential part of caving was cruising army surplus outlets for footwear and garb that would last as long
as possible and cost as little as possible. 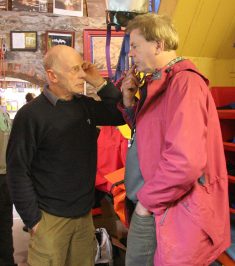 During the '80s it all changed and purpose made clothing and equipment appeared from a variety of manufacturers and outlets to supply the booming numbers of cavers.

The last few years perhaps foreshadow a return to former times as the number of new cavers seems to have declined drastically for a variety of reasons as older ones retire. Anyway, I am sure that I can say for all Croydon members that we miss our "Dragon diversion" on the way to OFD with Dudley's cheerful welcome and offer of tea and advice.

We wish them well in their new ventures.
P.S. thanks for the barrel! 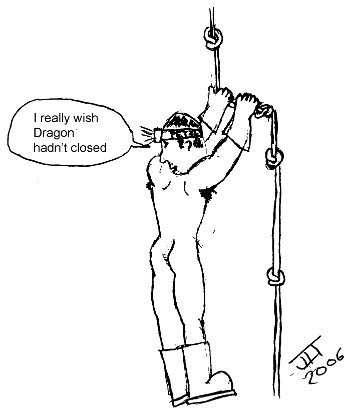