Secrets of the Hepste

While I was at Selwyn’s retirement party (to which we were of course all invited (not!)) several of the locals asked whether I had been down the new cave.When I suggested that this was nothing other than wild rumour they said that they had seen pics on the landowner’s Facebook site. Later that week I spoke to several people who I thought would know about it, but all said they knew nothing of it. So, I put a message on the UK caving web site asking for info – nothing. I knew roughly where the cave was, so a group of us scouted the shakeholes in the Hepste valley.It wasn’t long before someone (can’t remember who ) said that they had seen a new gate at the bottom of a shake hole; however, as it was near a house and was locked, we didn’t do anthing more and returned to the Cottage. 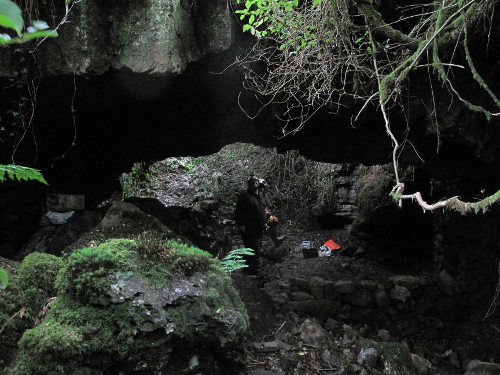 The next week I added a comment about the gate having being seen, and within hours this produced a storm of telephone calls from all sorts of BNC`s including Richard Frost who, with Tony Donovan, was the chief perpetrator . Some complained I had blown the ‘secret’ - however, I am still having difficulty with the concept of the secret Facebook blog. Others complained about the unilateral imposition of a gate on a site that had been dug by CCC ,WSG and probably others over the last 30 years . Richard Frost explained that the issue of access was very sensitive (for reasons I won`t go into here) and that they had no alternative to put a gate on, but that I was welcome to come on an exploration trip sometime in the future. 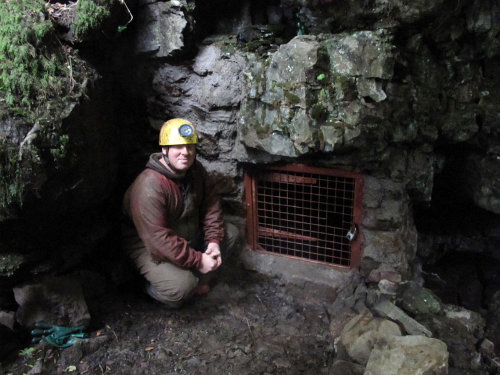 Shortly after that I was rung by a BNC wanting to know where it was (which he roughly knew anyway), speculating that the gate might have a short life span if some sort of access arrangement was not arrived at . 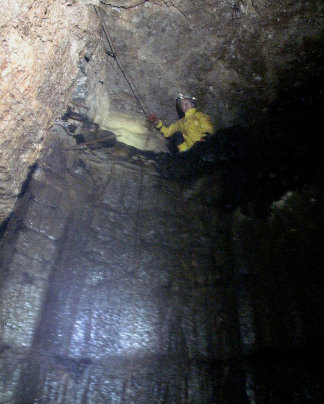 A few weeks later I went in the cave with Adrian P and one of the diggers when Adrian took some of the photos in this article. In November Richard Frost rang me In London to say the lock had been ripped off the gate and the landowner was not amused. The following week, on a midweek afternoon, Richard was down the cave with the gate unlocked but, when he came out, someone had completely wrenched the gate off. This was a case of spite as whoever it was could have gone down and discussed the situation with one of the diggers: the end result of this action would have been quite predictable to most sane people and now nobody can go down it!.

This is a pity as the cave was still yielding new passage and may be longer than 3K, and it had not been surveyed. It also needed a gate to preserve the abundant formations as it would only need one careless individual to destroy many of them.

After the entrance dig (with a usual Donavan-style slide) a bedding plane chamber has an inlet and a 4m wet pitch that can be bypassed by a stemple traverse to a climbdown . The next edding chamber adjacent to the pitch bottom has an oval streamway which is hands and knees for 600 m. Halfway along this are some stunning helictites that can only be passed by lying in the water and sliding past. At the end of the streamway is another 15m pitch leading to a large tunnel which shortly ends in a tight sump. At the head of the pitch are inlet passages which are fairly tight and which account for most of the estimated length. 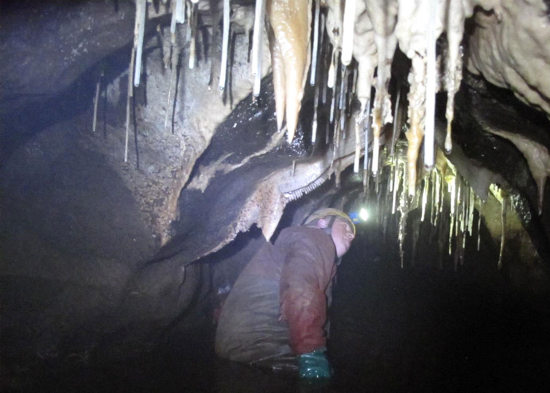 Weather caution: though the streamway cannot be filled, or the helictites wouldn’t be there (a reasonable water level does however make the streamway less painful), NOT SUITABLE FOR NOVICES.

What will the future will hold for this cave –the entrance is apparently going to be welded up: it is especially unfortunate that the gate was damaged before exploration was completed as it looked as though a new passage heading up to an alternative entrance on Access land may have been possible.

A special thanks (not) To whoever trashed the gate, although many of us have reservations about gating: your actions have seriously damaged relations with the locals which we need to carry on with the sport. I’m sure you would not like it if you came home and found your front door had gone !. If I had realised that the above would have happened I would not have used the UK caving web site - perhaps the UK caving scene has gone like the US where discoveries are on principle kept secret on the assumption that unscrupulous people will always maliciously trash them ?

Photographs (all by Adrian Paniwnyk)